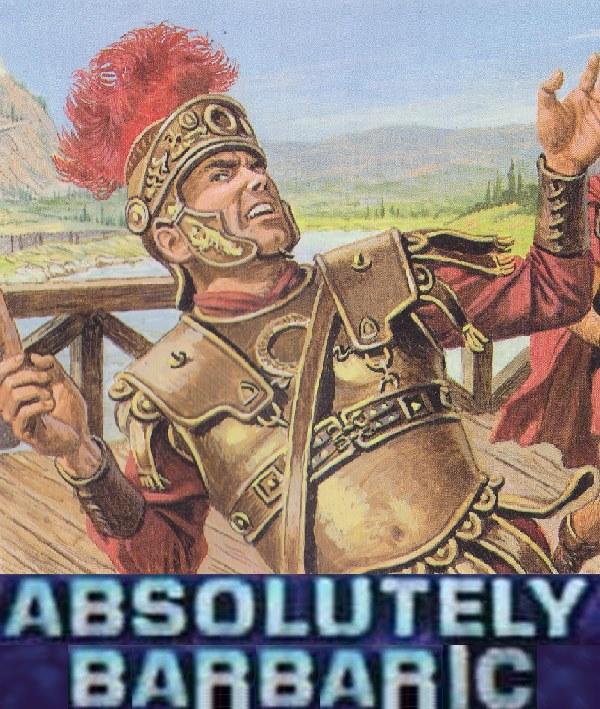 The next day the wise elder asked Eoadia and the party if they could find the plot by the river. Unfortunately the only thing they saw upon reaching the river was an elk. After Gilgamesh savagely and viciously mowed down the elk, Eoadia and Qulkul crossed to collect their prize. But the bushes rumbled to their left, as Qulkul readied his weapon, preparing to pierce the plot through the heart, he looked and saw nothing but a black bear, which he scared away by screaming profanities at it.

As the party made their way back to camp, Eoadia heard the sounds of metal clanging and ran towards the camp with the others behind them. As they arrived they noticed a large number of people attacking their tribe, with Edward blocking the way to the wise leader.

11 of the 12 attackers were knocked unconscious, 7 of them died from bleeding out, 4 of them were left alive. Abigail was slain sacrificing herself for her son. The 4 survivors were interrogated and summarily executed, the remains of all of the bodies were left with Qulkul. Pommo took little shrew for a magical journey to make him forget that he mother was just VICIOUSLY SLAIN BEFORE HIS EYES AND HIS FATHER WAS PROBABLY MURDERED OR KIDNAPPED. It was a pretty good day the next morning though.

Ascendant campaigns can view previous versions of their pages, see what has changed (and who did it), and even restore old versions. It's like having a rewind button for your campaign.

We've already been saving your edits, so if you upgrade now you will have instant access to your previous versions. Plus, you get a 15-day free trial, so there's nothing to lose.

Ey Gurl, are you Cholera?

I'm sorry, but we no longer support this web browser. Please upgrade your browser or install Chrome or Firefox to enjoy the full functionality of this site.